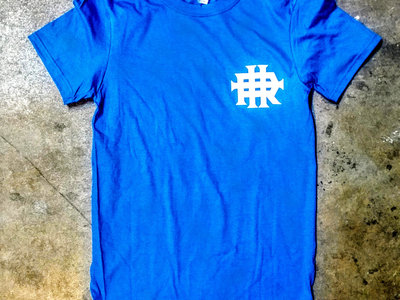 Catch the wave with this 100% Cotton Dodger Blue short-sleeve t-shirt (with white H+R Logo screenprinted on the front chest) and show your support for the Doyers on their way to 2019 World Series champs!

Includes unlimited streaming of "HOW DO YOU FEEL" 2018 Sampler via the free Bandcamp app, plus high-quality download in MP3, FLAC and more.