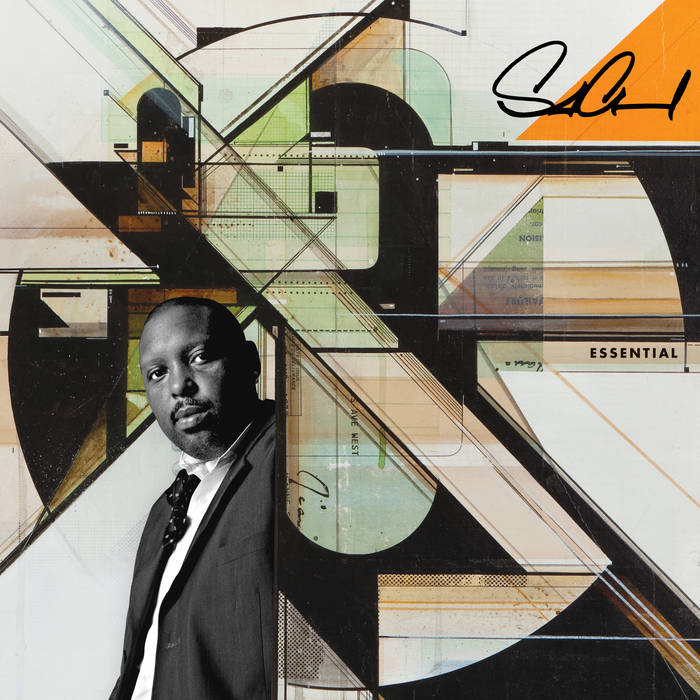 LA_B what a release from Hit + Run, the essence Sach holds with the culture is beyond classic and is forever appreciated, for those new to the west coast pioneers and need to get a lesson of instant bangers with words with meaning this is all you right here. Cop Up ASAP.

While G-funk dominated hip-hop airwaves through the 1990s, the pulse of underground rap was maintained at the Good Life Café, an open-mic workshop at the corner of Crenshaw & Exposition in Los Angeles. After Freestyle Fellowship became the first Good Life group to invade the national consciousness in 1991, a young duo called THE NONCE were their heirs apparent, seemingly primed for a breakthrough. Composed of Leimert Park natives Lance 'Nouka Basetype / Sach' Caldwell and Yusef 'Afloat'Muhammad, The Nonce had already been rapping and recording together for years prior to arriving at Good Life. The Nonce signed to Wild West Records / American and completed a record called 'World Ultimate' in 1995.

An early single called “Mix Tapes” emerged from the 'World Ultimate' sessions. With its dense percussion, rolling bass, spare horn samples and deft turntable scratches, it’s emblematic of the sound that would pervade the classic album. The song charts Sach and Yusef’s growth from mixtape peddlers to artists. It also became The Nonce’s stepping stone to a major label contract and a bonafide west coast classic. While often likened to A Tribe Called Quest’s concurrent records, 'World Ultimate' moves at a lower frequency than any Tribe album, achieving the considered smoothness of the best mid-‘90s California rap.

After 'World Ultimate', Sach and Yusef intended to push their musical boundaries even further. In 1998, Sach formulated an ambitious project called 'Seven Days to Engineer,' in which he’d conceive, produce and record an entire album in a week. The song, “Look At Me Mean,” has a murky, uneasy vibe miles removed from 'World Ultimate’s happy-go-lucky sound. For Yusef Afloat, the journey ended at age 28. In 2000 his body was found beside the 110-Freeway. Whatever the cause of death, “It was devastating to me, and it affected me in a lot of different ways,” Sach says. “It made me disavow the industry. I still wanted to make music, but I didn’t know how to proceed.”

Sach disappeared for a while but emerged in 2002 with 'Suckas Hate Me,' and in 2004 recorded his third solo album 'Sach 5th Ave' with producer Omid. In the years since Sach has maintained a prolific solo career, self-releasing nearly a dozen projects ranging from LPs to collaborations and instrumental tapes. As Sach Ill Pages and with Name Science (with Ino Oner), he’s pursued a more abstract lyricism and leans more heavily on jazz instrumentals than he did with The Nonce, but he’s the same rapper.

Fast forward to 2016 and the forthcoming release of 'ESSENTIAL [HNR57] a remastered twelve-track "Best of" SACH compilation album, serving as a re-introduction of Sach to a new generation of hip-hop lovers, producers, beat makers & emcees. This extraordinary musical document comes complete with cover artwork courtesy of Augustine Kofie, the legendary photography of Eric Coleman, plus illustrative and informative liner notes by luminary Carlos Nino,and is available on limited-edition 12" tangerine colored vinyl, (only 300qty pressed in collaboration with Fat Beats), plus Cassette tape (includes two non-LP bonus tracks "Heavenly Spit" & "Robot on Ya").

Bandcamp Daily  your guide to the world of Bandcamp

outré black metal, with a Victory Over the Sun interview and music from Liturgy and Jute Gyte.